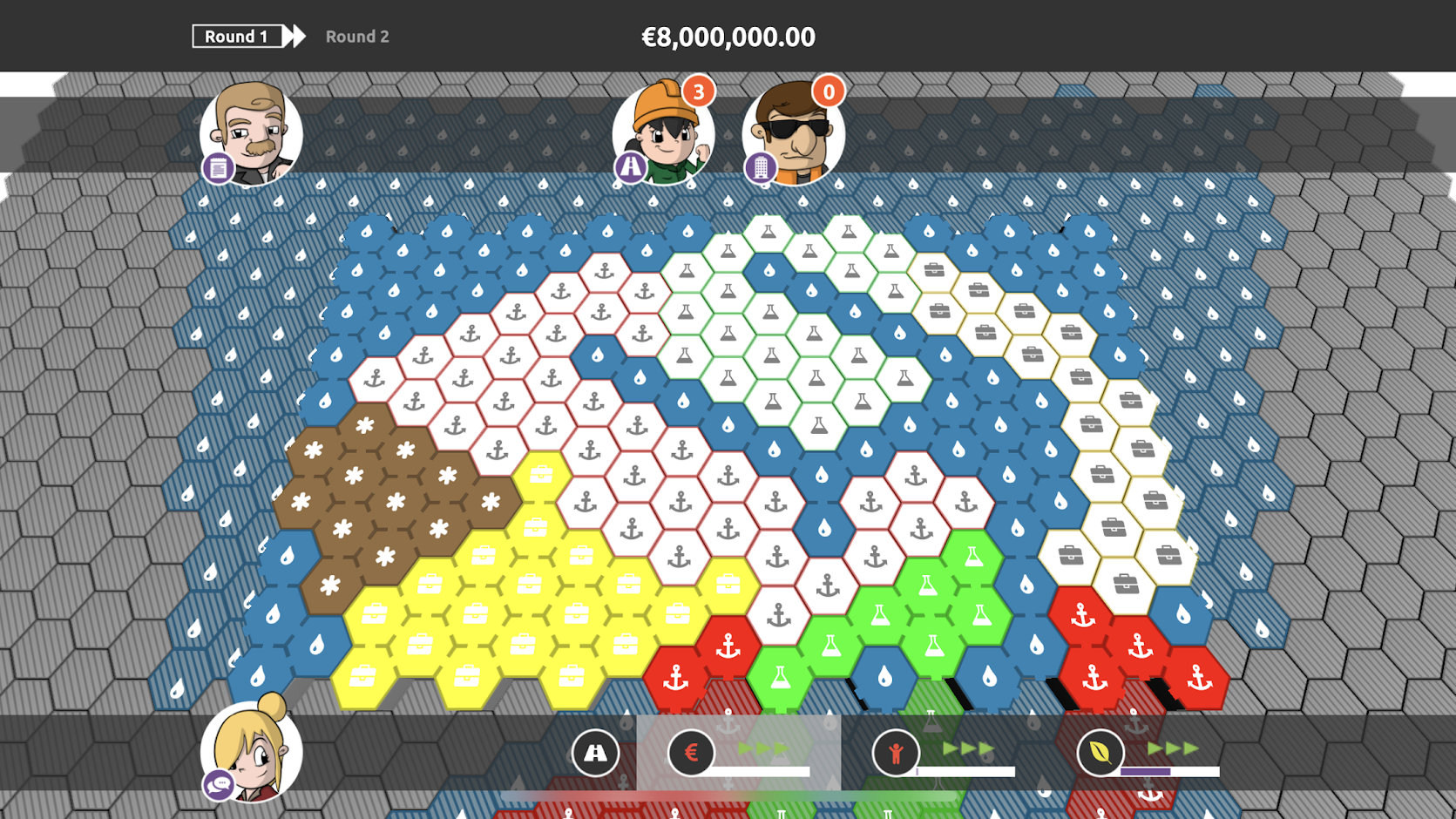 Port Constructor is a MicroGame, wherein the player engages in missions each taking 15 to 20 minutes to play. Each mission starts with a short strategy and several action rounds. In Port Constructor participants develops and manages a port planning project. The aim is to optimise three equally important value drivers: people, planet and profit. On the basis of a baseline strategy, the participant chooses between a variety of functions to be placed or removed in the port area taking into account how neighbouring functions influence each other, positively or negatively. Target group for this serious game are students, as well as professionals to better understand how to balance trade-offs, assess long term impact of port development decisions and manage stakeholders.

Below you can find gifs that are made during development.

In Post Constructor you can link functions with infrastucture. This is done drawing a road on the map. Inorder to do so we had first to find the right way to draw a road:

Trying out A* algorithm

Trying out A* algorithm

Inorder to make maps in Port Constructor we had to make a Map Editor:

Test of the User Interface in the Map Editor

Test of placing functions in the Map Editor

Test of editing settings in the Map Editor

Test of editing the grid size in the Map Editor

Test of placing tiles in the Master Plan